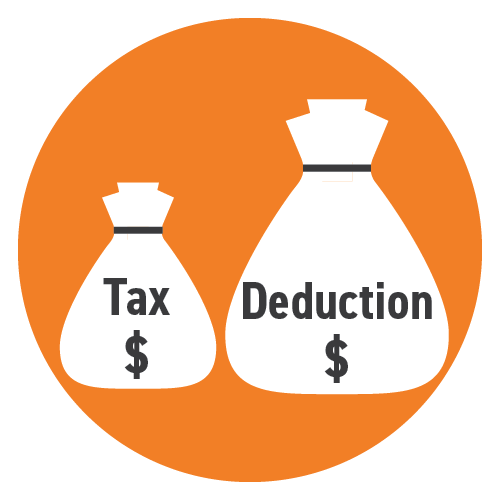 On February 9th, President Trump signed the Bipartisan Budget Act into law after a brief government shutdown occurred overnight. The legislation contains tax provisions in addition to a continuing resolution to fund the government and federal agencies through March 23. The House approved this new law in the early morning hours of February 9, by a 240-to-186 vote. The Senate approved the bipartisan measure a few hours earlier, by a 71-to-28 vote.

The Bipartisan Budget Act contains a significant number of tax provisions, including disaster tax relief and the extension of over 30 expired tax breaks. The majority of the tax relief included in the legislation applies for the 2017 tax year only. The full impact of these retroactive changes on the current filing season remains to be fully assessed. The IRS issued a statement on February 9, saying that it was beginning to determine next steps. “The IRS will provide additional information as quickly as possible for affected taxpayers and the tax community,“ the Service indicated.

While many economists and lawmakers argue retroactive tax extenders are unfavorable tax policy, others contend that these tax breaks were included in the Bipartisan Budget Act because they had been relied upon and expected for the 2017 tax year but were squeezed out of year-end consideration by the Tax Cut and Jobs Act. A House Ways and Means Committee spokesperson told Wolters Kluwer that "[j]ob creators and families expected these extenders—in a pre-tax reform world—would be taken care of in a similar fashion as Congress has done for years." Moving forward, however, the committee is planning hearings to determine how and if tax extenders fit in post-tax reform years, the spokesperson added.

Below we have highlight some of the tax extender provisions with more widespread impact than others . Unless otherwise noted, these provisions are only extended through 2017.

The Bipartisan Budget Act also established disaster tax relief for individuals and businesses impacted by California wildfires. Such relief includes, but is not limited to, allowing certain access to retirement funds, temporarily suspending the limit on charitable contribution deductions, allowing deductions for personal casualty disaster losses and a tax credit for employee retention. The Act also includes changes to the Opportunity Zones rules for Puerto Rico, originally included in the "Tax Cuts and Jobs Act." Additionally, tax relief is extended for areas affected by hurricanes Harvey, Irma and Maria.

A number of new tax provisions were included in the legislation, as well as modifications to existing tax provisions. These include modifications of the rules relating to whistleblower awards, user fees on installment agreements, and hardship distributions & withdrawals from deferred accounts.

The Act also mandates the creation of a new version of Form 1040, similar to a Form 1040EZ, for seniors, for tax years beginning after February 9, 2018 (the 2019 tax year for calendar year taxpayers). An additional provision of note is the requirement that for the excise tax on investment income of private colleges and universities to apply, the 500 students must be "tuition-paying." This requirement was included in the original version of the Tax Cuts and Jobs Act, but was removed at the last minute to comply with budget reconciliation rules.

The Joint Committee on Taxation has estimated that extending the expired tax breaks will cost the federal government over $15 billion. The disaster relief will add $456 million to the deficit in addition to relief that has already been provided.