On May 28, the Treasury Department  released its general explanation of tax proposals included in the Biden administration's fiscal year 2022 budget submission to Congress. Commonly known as the "Green Book," the 114-page document provides more details regarding the administration’s tax proposals that had been previewed in the American Jobs Plan and the American Families Plan.

The general contours of the administration’s tax plan – higher tax rates for high-income individuals and large corporations – were established during the presidential campaign and set down in broad terms with the release of the American Jobs Plan and the American Families Plan. However, important details were missing, and the Green Book fills in some of the gaps in the administration’s priorities.

A detailed look at the administration’s tax measures follows.

The Internal Revenue Code imposes a tax on the taxable income of every C corporation at a single rate of 21%. The Tax Cuts and Jobs Act of 2017 (TCJA) imposed this rate, beginning in 2018, to replace a series of graduated tax rates ranging from 15% to 35%. Corporations did not become subject to the maximum 35% tax rate until their taxable income exceeded $10 million.

The administration proposes to increase the current rate to 28%, effective for taxable years beginning after December 31, 2021. For C corporations with a fiscal year that includes parts of the calendar years 2021 and 2022, the tax rate for that taxable year would be a blended rate between 21% and 28%, depending on the number of days in each calendar year.

Despite the proposal to reverse one-half of the corporate tax rate reduction of 2017, the administration does not propose to restore the graduated rates (or any version thereof) that were in effect before 2018.

The administration would also impose a 15 percent minimum tax on corporations with more than $2 billion in worldwide book income. This minimum tax would equal the excess of book tentative minimum tax over regular tax. This proposal would be effective for taxable years beginning after December 31, 2021.

The Green Book incorporates measures originally proposed in the American Jobs Plan and newly released details regarding proposed changes that, if enacted, would significantly modify key international tax legislation enacted in the TCJA, including the global intangible low-taxed income (GILTI), the base erosion, and anti-abuse tax (BEAT) rules and the associated foreign tax credit (FTC) rules, while continuing to tighten the already onerous provisions associated with so-called corporate inversion transactions. An overview of the proposed changes is outlined below.

The GILTI regime would be modified as follows:

These provisions would be effective for tax years beginning after December 31, 2021.

The administration’s proposal would repeal the current BEAT provisions and replace them with a new regime referred to as Stopping Harmful Inversions and Ending Low-Taxed Developments (SHIELD). Under the proposed SHIELD rules, a deduction (whether related- or unrelated-party deductions) would be disallowed to a domestic corporation or branch, in whole or in part, by reference to all gross payments that are made (or deemed made) to “low-taxed members,” defined as members of a financial reporting group whose income is subject to an effective tax rate that is below a designated minimum tax rate. The designated minimum tax rate would be determined by reference to Pillar Two of the OECD/G20 Inclusive Framework on BEPS. However, if an agreement has not been reached on minimum taxation under that framework by the time of the enactment of SHIELD, the designated minimum tax rate would be 21%.

In a related development, the Group of Seven finance ministers on June 5 issued a statement in support of a 15% global minimum tax imposed on a country-by-country basis and expressed a commitment to reaching “an equitable solution” on the allocation of taxing rights among jurisdictions.

The impact of these provisions is to recharacterize low-taxed tested income for GILTI purposes that could be combined with higher-taxed income for GILTI purposes with the effect of minimizing the amount of GILTI tax on a disposition as income (GILTI or otherwise) in the passive basket that likely would give rise to Subpart F (foreign personal holding company income) taxed at the full federal corporate income tax rate and not the GILTI effective rate in addition to having a different character for purposes of determining any foreign tax credit offset.

This proposal would be effective for transactions that occur after the date of enactment.

The administration’s proposals would remove the 60% inversion threshold altogether and expand the definition of an inversion transaction by incorporating a “greater than 50% test.” Moreover, it would expand the scope of the term “inversion,” regardless of shareholder continuity, by providing that an inversion occurs if:

These provisions would be effective for transactions occurring after the date of enactment.

Effective for tax years beginning after December 31, 2021, the administration’s proposal would repeal the FDII provisions, but would incorporate a new business credit for onshoring.

The administration’s Green Book provides important details regarding the anticipated changes to the U.S. international tax landscape. It remains to be seen whether these proposed changes will be enacted as outlined or if additional changes will be made. However, multinational companies can start modeling now the impact these changes may have on their operations and tentatively planning to mitigate any anticipated impact.

The top marginal individual income tax rate would increase from 37% to 39.6%. For taxable year 2022, the rate would apply to taxable income over $509,300 for married individuals filing jointly ($254,650 for married individuals filing separately), $481,000 for head of household filers, and $452,700 for single filers. The proposed increase would be effective for taxable years beginning after December 31, 2021.

Long-term capital gains and qualified dividend income of taxpayers with an adjusted gross income of more than $1 million would be taxed at ordinary income tax rates to the extent that the taxpayer’s income exceeds $1 million ($500,000 for married individuals filing separately). If the proposal for raising the ordinary income tax rate to 39.6 % becomes law, then the maximum tax rate of capital gains would be 43.4% (39.6% plus net investment income tax rate of 3.8%). The proposed effective date would be for gains required to be recognized after the date of announcement, which is understood to be April 28, 2021, the date of President Biden’s first address to a joint session of Congress during which he introduced the American Families Plan.

Taxpayers transferring appreciated property during certain events would realize a capital gain based on the property’s fair market value at the time of the transfer. The proposal generally would be effective January 1, 2022. Recognition events include:

The “deemed” gain would be taxable income to the donor or to the decedent. The amount of gain would be measured by the amount that the fair market value of the appreciated property exceeds the basis on the date of the gift or upon the date of death, whichever is applicable. The use of capital losses and carry-forwards from transfers at death would be permitted on the decedent’s final income tax return.

The proposal allows for some exclusions. Transfers by a decedent to a U.S. spouse would not be a taxable event, and the surviving spouse would receive the decedent’s carryover basis. The surviving spouse would recognize the gain upon disposition or death. Transfers to charity would not generate a taxable capital gain. Transfers to a split interest trust, such as a charitable remainder trust, would generate a gain with an exclusion allowed for the charity’s share of the gain. Transfers of tangible personal property, such as household furnishings and personal effects (excluding collectibles), are excluded. The exclusion for the small business stock would still apply.

The proposal would allow a $1 million per person exclusion from recognition of gain on properties transferred by gift or held at death. Any unused exemption by a deceased spouse will port to the surviving spouse making the exclusion effectively $2 million per couple. Generally, the cost basis of the transferee will be the fair market value of the property transferred. A donee receiving a property that qualified for the $1 million exclusion of the donor will have a carryover basis.

Contributions of appreciated property to split-interest trusts, such as charitable remainder trusts, will no longer have the favorable treatment afforded under current law – likely making that deferral planning technique no longer viable. Transfers to S corporations and C corporations do not appear to generate gain, assuming those transfers qualify for the deferral provisions of Section 351.

This proposal radically alters the rules for recognition of income when it comes to capital assets. Under current law, there generally must be a sale or exchange of property to generate a capital gain. Because the proposal would “deem” a sale when in fact there was no sale, the taxpayer will not necessarily have the cash to pay the capital gains tax. Thus, the utmost care would need to be exercised to avoid the liquidity issues created by a “deemed” sale.

A partner’s share of profits and gain from an investment services partnership would be taxed as ordinary income, if the partner’s taxable income from all sources exceeds $400,000. The income would no longer be eligible for capital gain rates, and self-employment taxes also would apply. Income attributable to invested capital would continue to be treated as capital gain. The proposal would be effective for taxable years beginning after December 31, 2021.

The excess business loss limitation on noncorporate taxpayers would be made permanent. The proposal would be effective for taxable years beginning after December 31, 2026.

Many of the current estate planning techniques will generate capital gain upon funding, such as transfers to grantor retained annuity trusts, transfers to “defective” grantor trusts and outright gifts to trusts for children and grandchildren. Under these proposals, there would be an income tax cost to estate planning transactions that would have to be considered.

The Green Book does not discuss eliminating the state and local taxes limitation, repealing or modifying the qualified business income deduction, reducing the lifetime estate tax exemption, or increasing the estate tax rate. These items were proposed during President Biden’s election campaign, in the American Families Plan, or in other proposals; however, the mere absence of these items in the Green Book does not mean that they are not still in play. They may become important bargaining chips as the Green Book proposals are discussed in Congress.

Although the White House, House of Representatives, and Senate are each in Democratic hands, the path to enacting tax legislation remains unclear. With a narrow majority in the House and a 50-50 margin in the Senate (with the Vice President breaking any tie), all Democratic members of Congress must agree to move forward. The Senate, in particular, must be watched closely, as its current filibuster rules essentially allow any senator to block legislation, requiring 60 votes to invoke “cloture,” or to end the filibuster block. It is unlikely that 60 senators will agree to invoke cloture for any legislation.

Passing tax legislation through budget reconciliation does, however, have its drawbacks, such as policy changes that can be effective only during the budget window, which generally is 10 years. Most importantly, recent remarks from some moderate Senate Democrats suggest that they may resist further use of the budget reconciliation process this year, making the path to any tax legislation this year uncertain. 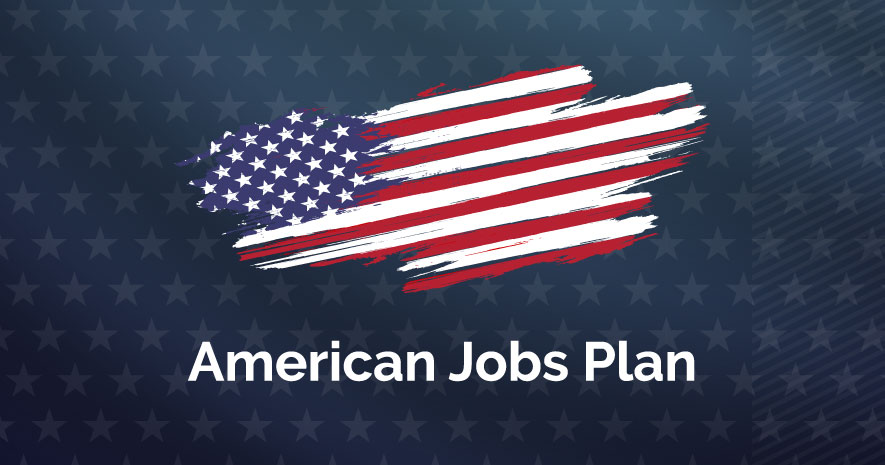 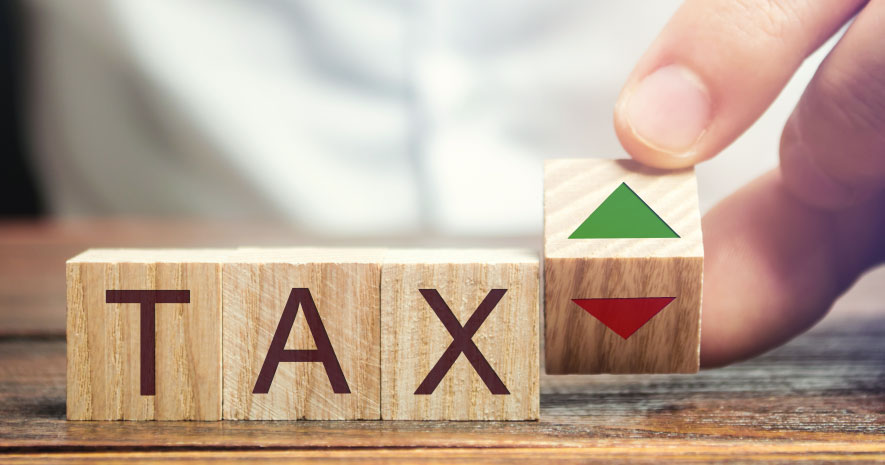 June 4, 2021 Preparing for Potential Tax Increases Under the Biden ... The Biden Administration’s American Families Plan and other tax proposals may complicate the tax …
Read more